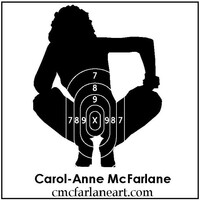 Contemporary Art: How to Buy for Pleasure and Profit

With the internet making it easier than ever to source artworks, it\'s relatively simple these days to build up a great-looking collection.


While prices for unique works are increasingly beyond the reach of many, limited editions of, say, 150 plus are financially and widely accessible, making it possible to acquire pieces by major artists for reasonable prices.

There can be a downside, however. While little beats the pleasure a signed work can bring, generally speaking, the larger an edition, the less likely it is to appreciate in value quickly - or even substantially.

Nevertheless, the contemporary art market is full of contradictions, and with growing demand at all levels, recent trends have often seen this assumption overturned.

As an obvious example, Damien Hirst\'s early prints for Eyestorm consistently fetch $10000-$16000 at re-sale, a very subtantial profit on their original price. More recently, prints by Banksy and other urban artists have proved equally lucrative.

In other words, it's becoming increasingly possible - although by no means a certainty - to make substantial profits quickly with relatively little outlay; although the trick, as always, is knowing what to buy and when to sell.

The art world has a curious attitude to speculation. Buying and selling purely for profit is still regarded as just a little unsavoury, even though the entire art market is dedicated to this pursuit. Perhaps it's because art has such a curiously dual nature, combining aesthetic and cultural worth with a commercial value that can reach very high sums indeed.

Whatever the case, it would be difficult to consistently make money from art without some genuine appreciation and an insight into what will stand the test of time. And many dealers are themselves collectors, at least partly funding their own acquisitions through trading.

Yet it's certainly true that, with contemporary art consistently showing remarkable returns on investment, it\'s also become an attractive proposition to a very wide range of buyers.

In general, non-specialist speculators often trade in the work of artists whose frequent media coverage makes them well known to the public. And as shown by the two examples mentioned above - Hirst and Banksy - this can certainly reap substantial rewards.

But it's also important to remember that, in an increasingly novelty-driven world, the next big thing is usually just around the corner. "Celebrity" artists often take on the nature of a trend, and fads can become outdated with dramatic speed. Knowing when to sell such work is vitally important.

Ups and downs in the market aren't just related to artists with familiar public profiles, of course. The art world itself frequently generates its own, "flavor of the month" buzz. A few years ago, Martin Kippenberger\'s prices rose dramatically, then levelled just as quickly. Chinese and now Indian contemporary art have been subject to the same kind of intensely fashion-led markets.

Clearly, money can be made through quickly identifying and speculating on trends, but you'll need to have your finger firmly on the pulse. Knowing what's considered exciting is essential, but you'll also have to determine how long this excitement is actually going to last.

When it comes to collecting art, you'll often read the following: the safest way to build a collection is simply to buy work you really like.

Such advice seems tailor-made to shield less knowledgeable collectors from potential disappointment, and perhaps even encourage sales of less desirable work. Buy a piece you love and if the value falls no harm has been done. If it gains in price, that's a bonus.

At modernedition, we prefer to look at buying art a little differently.

Of course it\'s important to purchase work you want to own and view.

But since contemporary art presents real investment opportunities, it makes sense to think carefully about what to add to your collection. After all, look at almost any online art site, and you'll see that prices for fairly standard pieces are often equivalent to what you'd pay for work with far greater investment potential.

Although there's obviously no way of predicting future value for sure, the key is to familiarize yourself as much as possible with the background of artists you\'re drawn to.

How long have they been practicing? Is there a theme or thought process behind their work? Has this evolved coherently over the years?

Artists with at least some degree of complexity and persistent "vision" are generally more likely to gain steadily in appreciation and price.

You'll also want to know if the artist has achieved some kind of recognition. Is their work held by collections, galleries or museums? Has it been exhibited consistently?

Professional opinion is yet another important factor in trying to determine an artist's long-term prospects. If a large number of critics and academics coincide in their high opinion of an artist, this is another good sign that they will retain or even gain value.

Mid-career artists can be judged much more easily in relation to their existing work; and after all, good art isn't just about something that happens to look nice on a wall.

It's about a certain kind of commitment and an obvious path of development. If all these factors are present, buying probably makes sense. Limited editions by Jeff Koons, for example, were relatively inexpensive 5 or 6 years ago, but with recent record-breaking prices for major works, have also shot up in value.

Even artists who disappear temporarily from the art market radar are much more likely to re-emerge at a later point if they show the "right" kind of commitment and passion.

Emerging artists and the schlock of the new

New young artists are often fizzing with ideas, many of which can seem ground-breaking or even radical, but the problem is that they have yet to prove their long-term worth.

This said, you can certainly gain an insght into potential by applying the criteria above. It\'s especially important to determine if they have something genuine to express or are simply employing methods that could, over time, increasingly be seen as just a gimmick.

Of course, if you're looking to make a high return on investment, rapidly emerging artists can prove highly lucrative.

In such cases, it's probably a good idea to invest in as substantial a piece as possible, although as we've seen, editions and multiples can also prove money-earners.

But keep a close eye on auction prices and signs of market fatigue. Such artists might be the talk of the town right now, but will they fulfill their early promise?

If, after a few years, their work appears stuck in a rut and prices seem to be leveling or even dropping, it's time to think twice about their long-term appeal. On the other hand, if they do continue to create great work, any pieces bought for relatively low sums at the start of their careers should steadily rise in value.

If you're lucky enough to have substantial sums of money to spend on art, newer artists, as we've just seen, can produce significant return on investment.

But perhaps the best way to offset the risks that they may never fulfill expectation is to "spread your bets" across a selection of up and coming names.

Buying the work of several different artists might mean settling for less significant works, but with the right kind of knowledge - and luck - hitting a jackpot is still potentially viable.

If you've done your research, the chances are fairly good that at least one - and hopefully more - of your chosen artists will gain in recognition.

And given the phenomenal increase in prices for contemporary art, if that happens, eventual profits could far outweigh the costs of initial purchases, even if other works fail to make the grade.

It's worth remembering that many well-known collectors buy huge amounts of work by new, "promising" artists.

Charles Saatchi is a particularly good example, and although he is famous for the apparent strength of his collection, a sizeable proportion of artists he has bought over the years have faded into obscurity (you won't see these listed on the website).

However, the phenomenal rise in value of those who went on to beome major names - Peter Doig, for example - have reaped him many millions of dollars in overall profit.

And if those are the rewards, you can probably afford to make the odd mistake.


Mike writes for modernedition.com, a contemporary art resource which specializes in information and news on contemporary art as well as the sale of limited editions and multiples by leading artists.